Hello all beautiful people out there!

The Summer sun here is brightly out announcing the hot summers ahead. And in your free time, here are some must watch movies to enjoy. 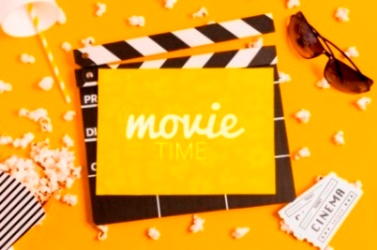 There is a chance that you may have watched some of these movies already, but I have recently watched these, so am suggesting these for all those who have not watched. So here is my list of must watch movies:

1. The Theory of Everything

Review:
Based on the life of famous physicist Stephen Hawkings, it is a wonderful movie to watch with your loved ones. This movie has surely moved me watching the story of real life Heros who have dealt with so much in life with such strength. Honestly, we should be thankful to God for his blessings. This movie is sure to turn your entire day positive!

Review:
A rescue mission to bring trapped American personnel back home, this movie will not allow you to inch away from the television. Ben Affleck at his best, has directed this movie superbly.

Review:
This movie is a gem. My husband suggested this movies, like all the others :), and surely it was a great watch. Based on the times when racism was at its peak in America, it is a movie about a young intelligent team of debaters from a Wiley College in Texas who aspire to compete with Harward team one day under the mentorship of great poet and professor. The Final round is immensely interesting where the Harward’s champion debating team is on the verge of defeating them.

Review:
It is funny that I always thought Batman as a cartoon/comic character but this movie directed by Christopher Nolan has amazed me. I like realistic fiction and this movie is somewhat pictured in realistic format. I enjoyed watching it.

Review:
By far, the best artist in a negative role has been captured in this movie which is going to remain in memories forever. The sequel of Christopher Nolan’s Batman series, this movie was highly awarded and purely entertaining. A must watch!

Review:
The final part in the series of Batman series by Christopher Nolan, this movie was a good end to the series. Christian Bale and Michael Caine are the two characters I enjoyed watching. Now, I believe I can safely say that Batman is such a strong character and that I know his story now!

Review:
This was a kind of new genre for me to watch. This movie is purely your choice to pick or not. It is about a robbery plan of one of Las Vegas  famous Casino by 11 creative heads. It is a fun watch truly.

Review:
This movie was something I have never watched before. A bomb defusing agent in a bomb squad has totally unique way to handling tense situations which includes defying senior’s orders as well. A movie so brilliantly picturised in Iraqi areas. Jeremy Renner has acted amazing in this.

Review:
A fun romantic comedy. It is a movie about two families who accidentally meet on a trip to South Africa. A simple yet lively story about how a single mom and a single dad rekindle love and gradually their kids appreciate that too.

Review:
This movie always has a place in the list of most remembered romantic movies of all times. So I had to watch it. Beautiful movie about how love can find yo even when you are running miles away from it. Tom Hanks looks so young and is sure to make your heart jump in his lovely role.

That’s all for this one guys!! Hope you like these movies because they really are commendable.

Click on like if you liked this movie review. Let me know in comments what are your views about these movies. For more such reviews subscribe and stay tuned!!

Have a great day ahead guys!!

Happy and cheerful vibe- That's what my blog is all about. You can find motivational and health related articles, happy thoughts, really good book reviews and of course a hopeless romantic's short stories!!

Serendipity it is - that we were meant to meet!